So lately I've finally gotten around to seeing the Wonder Years on Netflix. I remember seeing only pieces here and there when it aired on TV but I never got around to watching it until now...and I love the show.

As I watch i can't but notice the credits and noticing familiar names and faces. Here are a few of them.

Steve Miner
Who he was on The Wonder Years: Director, Writer, Producer
Why it matters to me: He's also one of the writer, director, producers on one of my favorite TV shows of all time: Dawson's Creek. (Not to mention Director of the sequel Friday the 13th.

Mark-Paul Gosselaar Who he was on Wonder Years: school kid who was one of Winnie Cooper's first boyfriend/crush
Why it matters to me: Who forget the Zach-Attack on the best TV show of the early 90s??

Robin Thicke
Who he was on Wonder Years: "Boy" on S2E04 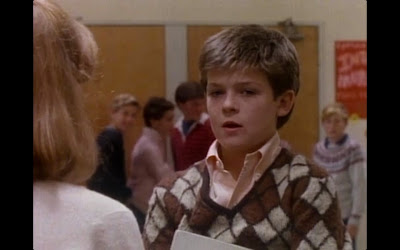 Why it matters to me: It doesn't really I just thought it was cool to see him so young before he was mr. sensual songwriter.
No comments:

I'm sure most people won't believe me but nonetheless I must blog about a moment I was able to share with some friends tonight after church. At approx 8:45pm a few of us were following each other to a near by Menchi's to get some yogurt after church service in Burbank. We were all waiting at a red light heading West on Magnolia and Hollywood Way. I look up out my front window and notice about 4-6 bright red lights that seemed to look like red stars.

My first thought was that it was probably some aftermath of the lunar eclipse that took place earlier today. That was until I noticed them begin to move. They didn't move in a linear way like an airplane or jet would, and they didn't flash or shimmer like a helicopter or any other aircraft would. I begin to see them gradually separate from each other, some in slower speeds than others. By this time I took my iPhone and took some shots. I was able to grab a video but that fact that the light had turned green and there were about 5 cars behind me didn't allow me to get a decent capture.

[here's a screenshot of the video I took. This was the clearest frame I was able to find] 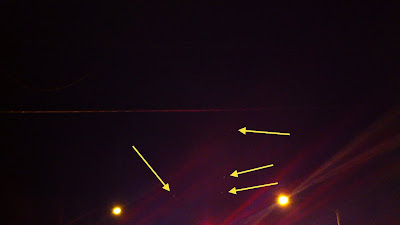 I then stopped recording and made my left turn. I immediately called my friend Chuy to see if maybe he had seen what I saw. To my relief the first thing he said was, "dude did see that?!" I rushed to Menchi's, which was only about 5 blocks away, got off my car to see if I could catch any last glimpses of these UFO's. (and by UFO's I mean Unidentified Flying Objects—NOT aliens.) I was able to catch a glimpse of one of the red UFO's that was left. As the rest of my friends got there, there were 5 of us that all caught this sighting. The rest of my friends had said they had seen 6 red stars that formed the shape of a "V" gradually disperse over a period of about 10-15 seconds. The spookiest thing about was this video that was captured in 2003 on November 13 on Burbank and Hollywood Way. (Only ONE block away!!) 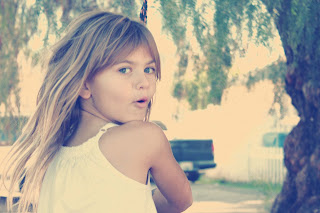 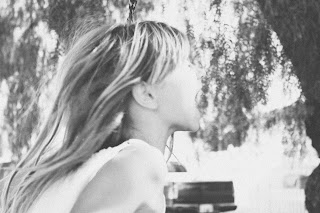 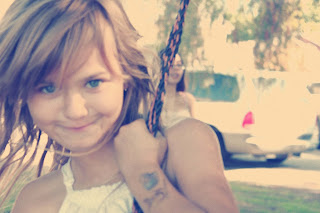 I was on the way to pick up Angelina's cousin when suddenly she walked out on the lawn with her mom wearing the cutest outfit and boots that were made for walking red carpets...next thing i know she was swinging back and forth from her home-made swing, ROARING!! I couldn't pass up this moment so I grabbed my camera out and I tried my best to keep with her...she was FIERCE! 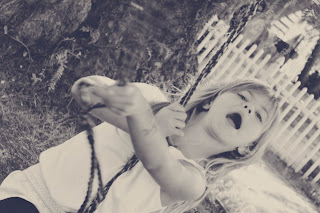 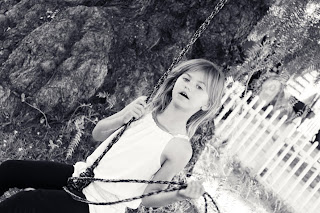 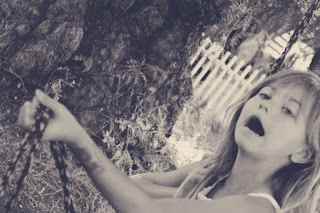 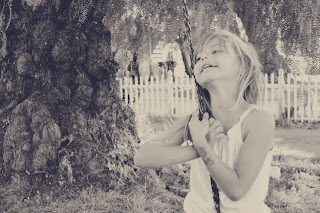 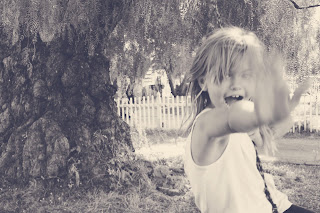 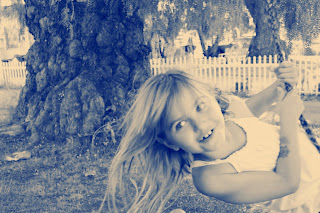 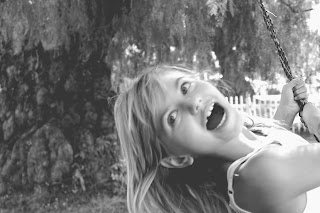 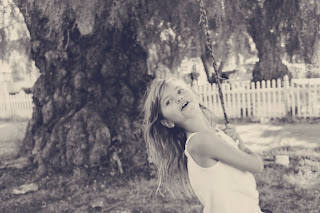 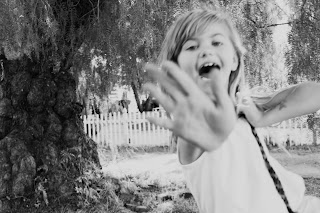 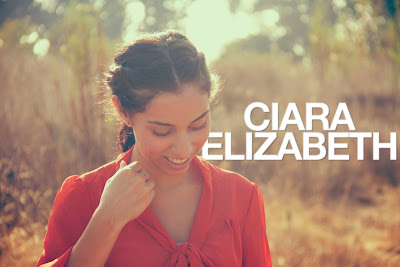 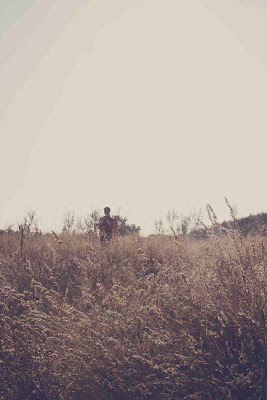 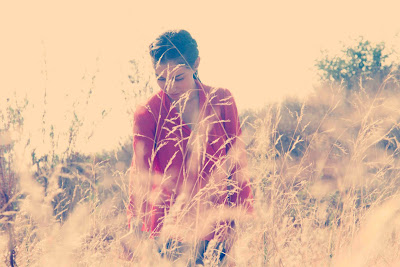 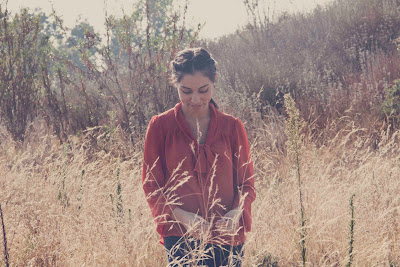 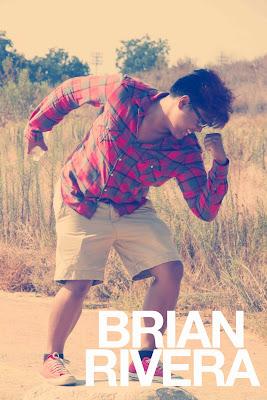 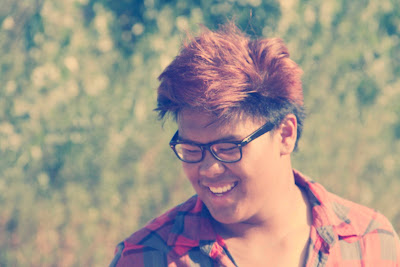 "I Love Sarah Jane" Directed by Spencer Susser / US / 2007
This first short comes from this dude named Spencer Susser whose feature debut Hesher is premiering next month.


"The Technician" Directed by Simon Olivier Fecteau / Canada / 2009
This next short: A cable guy is called in to repair an old mans TV set. Once inside the clients home, the repairman realizes there's nothing wrong with the TV. Rather its the images broadcasted on the screen: wars, famine, illness and kidnappings, that are broken. Moved by the clients naive request, and against his better judgment, the cable guy will attempt to fix the problem.


"3x3" Directed by Nuno Rocha / Portugal / 2009
A night watchman spends time on a basketball court throwing a ball into the basket. He has become an expert. He shows his abilities to a simple janitor, who also like him, is there all night.

in no particular order, here are favorite films of 2010. (Most are not Oscar material but movies I enjoyed watching.)

Let Me In trailer

Diary of a Wimpy Kid trailer


Awards for
Best Picture: A King's Speech
Worst Picture: A Nightmare on Elm St.
Biggest Disappointment: Expendables
Most Overrated: Inception
Most Overlooked: Let Me In
Best Time I Had Watching A Movie in the Theater: Tron: Legacy
Movie I Wanted to See but Didn't: Biutiful & Get Low
No comments:

Rob to the Bizzle

Is Rob Bell a universalist? Firstly, I can tell you from the dozens upon dozens of his podcasts I've heard, the three books that I've read of his, and the half dozens of videos I've seen from him, labeling him as a universalist has never crossed my mind.

However, after watching this video I am concerned, actually, more importantly curious about his thoughts on heaven and hell. But I'm a little confused as to what Universalism means. I thought Universalism implies that all religions are the same thus all leading to heaven? Because that doesn't seem to be what his new book is implying. But if by Bell saying that ALL humans may go to heaven through Jesus if they repent and believe then I have no argument against that. However, if he's saying ALL humans are going to heaven because of the work Jesus did whether or not they believe and repent, then yes, that couldn't be farther from the truth. (In my personal understanding and conviction, at least.)

If you saw the video, the moment he mentioned the story of the person who left the note about Gandhi, there was a shift in his countenance and tone. I think he's frustrated with the the gatekeepers of our culture. By that I mean people who think it's their place in saying who made it to heaven or not. As the joke goes: People were waiting in line to go through the gate to enter heaven when someone noticed a crowd heading towards the back. When Peter the gatekeeper asked, "where's everyone going?" They responded, "Quick, Jesus is letting people in through the back door!"

Needless to say, it's not our place to say who's going to heaven or not. We can only observe them, as Jesus says, by their fruit, which makes things a tad complicated when people call his teachings heresy because, I at least, have seen the fruit come out of Mars Hills church. They are a community who do the gospel and not just preach. I've heard testimony after testimony from the Mars Hills community of people's lives changing and drawing nearer to Jesus.

This is a little disheartening and a tad confusing, if we're understanding Bell correctly in this article and video, to hear him make this assertion. Especially after hearing him declaring not too long ago that click here>> Jesus and his resurrection is solely our only hope. However, note that I have not read the book and most people who are making this claim haven't either. It's gossip at this point. @JesusNeedsNewPR mentioned earlier responding to tweets like, "dot dot dot, this breaks my heart. Praying for Rob Bell, dot dot dot" when he said, "For a moment I was afraid Rob Bell had died. But then I realized that it was just a few Calvinists hating him into a trending topic."

This is what happens when you're popular. Everyone breaks down every detail of every word you say which reminds me of that verse we read in the Book of James that says, "Not many of you should become teachers, my brothers, for you know that we who teach will be judged with greater strictness." I'd love to take all of Rob Bell's critics and sit them in a room and deconstruct their theology. But fortunately, I have better things to do.
No comments: